Not far from the airport on the island of Spitsbergen in the Arctic Ocean’s Svalbard archipelago, an oblong, concrete monolith can be seen jutting from the mountainside. At its foot, a short metal bridge leads to an entrance door. Step inside, and you’ll find a 145m tunnel, at the end of which is a locked chamber that has been called “the most important room in the world”.
This is the Svalbard Global Seed Vault. Within it are stored more than a million seed samples from more than 5,000 plant species. They are duplicates of seeds that are stored in gene banks all over the world and they represent a fail-safe insurance policy for countries’ reserves.

“Conservation of plant genetic diversity is crucial for future food supplies and for the development of agriculture.” 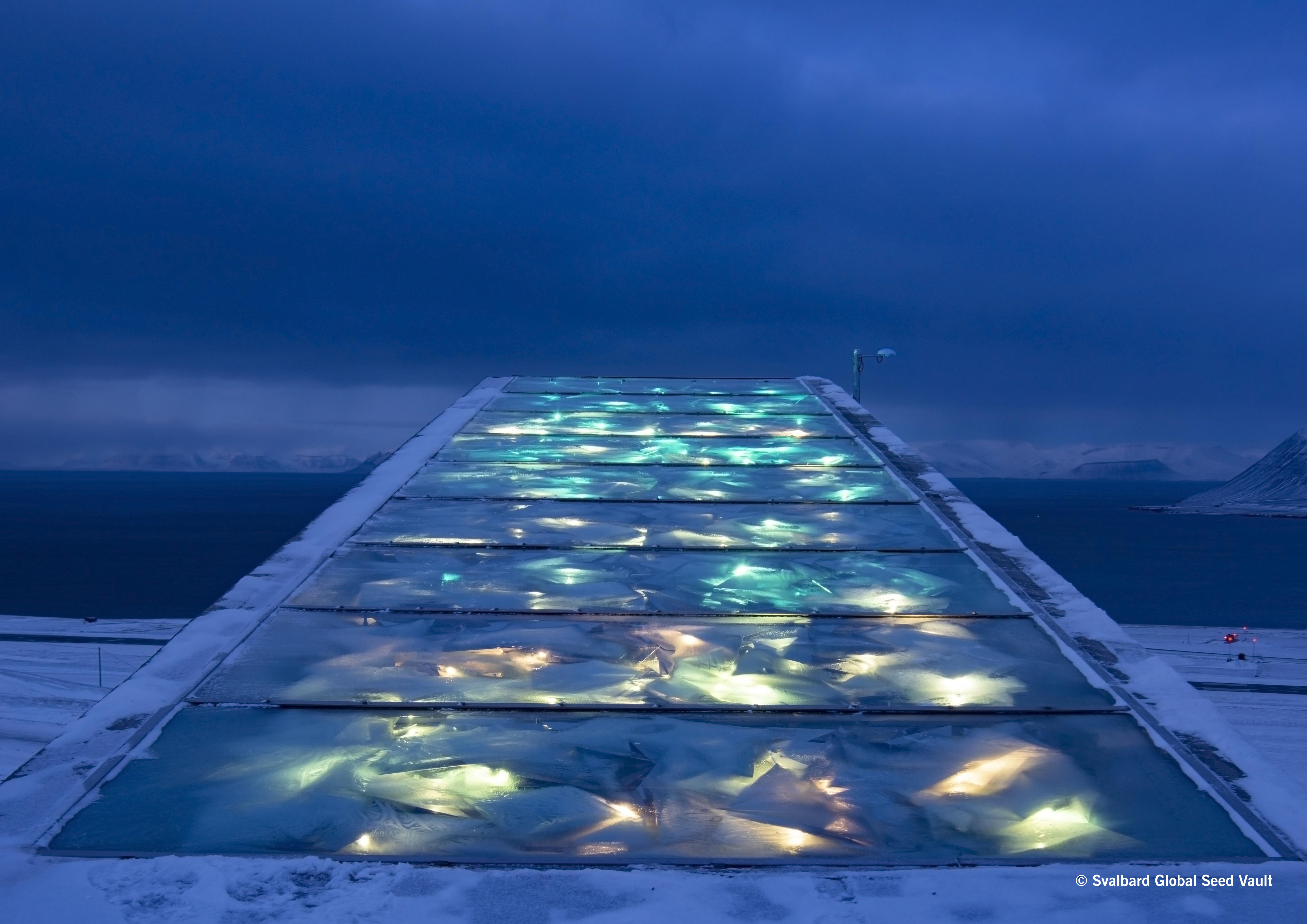 “Conservation of plant genetic diversity is crucial for future food supplies and for the development of agriculture,” says Åsmund Asdal, Svalbard Global Seed Vault Coordinator for the Nordic Genetic Resource Center (NordGen). “Researchers and breeders use this diversity for developing new plant varieties that can bring increased food production, adapt to climate change, withstand new plant diseases and so on. In the past, several gene banks have for different reasons lost valuable and irreplaceable seeds due to natural disasters, war or lack of resources. If they have copies in the Seed Vault, resources are not lost.”

The Vault was first opened in 2008 as a long-term partnership between the Norwegian government, NordGen and the Crop Trust. It was designed to preserve the world’s seeds for hundreds or even thousands of years to come at a constant temperature of minus 18C, which is the international standard for maintaining their viability.
But in October 2016, the Vault’s future appeared to be threatened. Unusually high temperatures in the Arctic led to heavy rain and melting ice. As a result, water entered the entrance tunnel. Although it did not reach the Vault and its precious seeds, the Norwegian government nevertheless decided to take action. 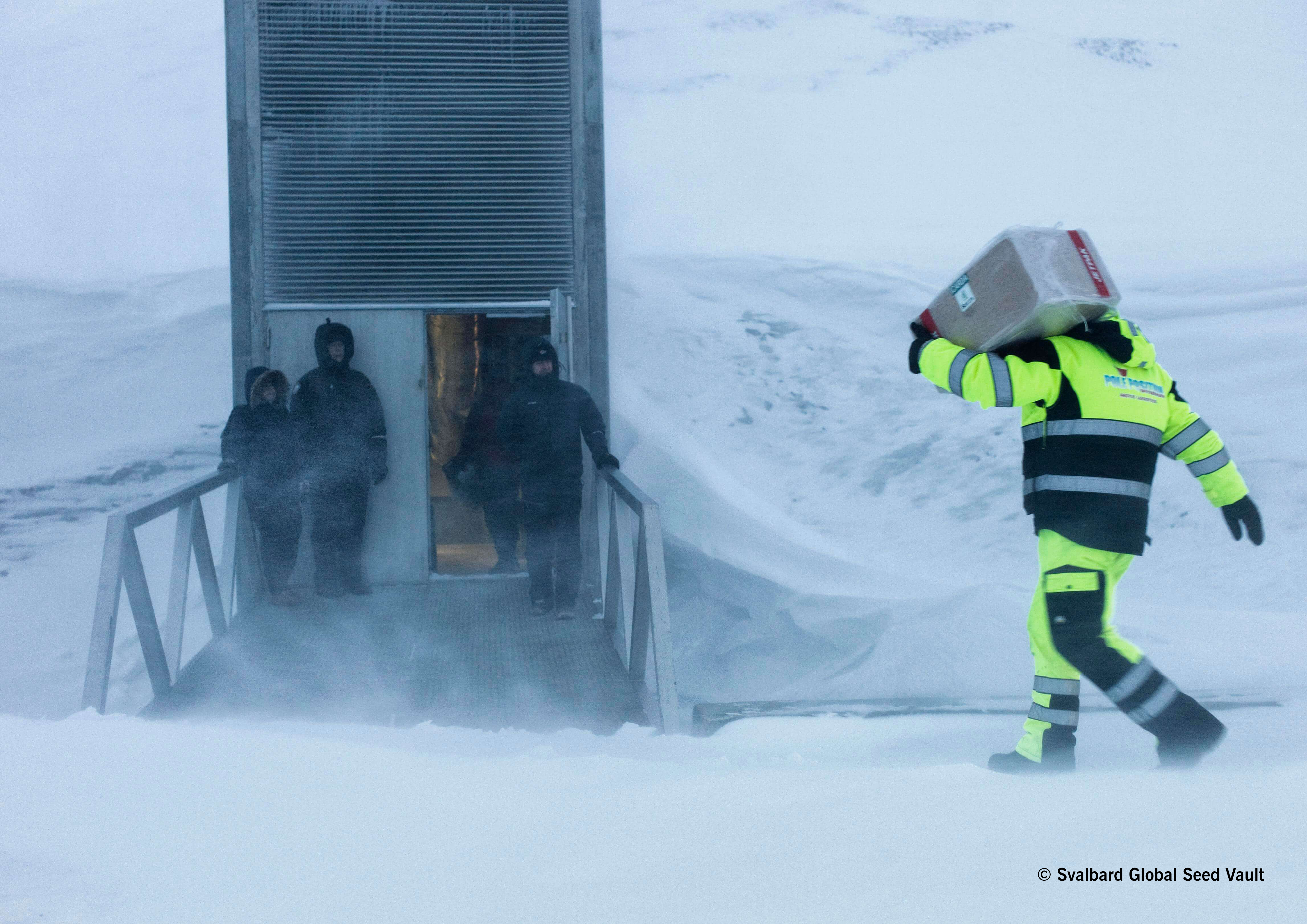 A major renovation project was undertaken by Statsbygg, the Norwegian public works agency, between 2018 and 2019, in which the original steel tunnel was replaced by a stronger concrete structure, and a new cooling system was installed. Now, not only would the Vault itself be cooled to minus 18C but the tunnel leading to it would be kept to a temperature of minus 10C, meaning it was essentially frozen and therefore impermeable to water. Güntner delivered four Dual COMPACT air coolers, ten Cubic COMPACT air coolers and two Vertical COMPACT gas coolers for the project, which presented significant challenges.
“The main issue compared to a standard freezing room was that the mountain itself is very damp, so there was a lot of moisture that had to be removed when we installed the freezing units,” says Martin Corneliussen, Project Manager for refrigeration contractor PTG Kuldeteknisk. “The defrosting had to work a lot more than on a standard cooling room, so we had to make changes in the control program that made defrosting happen a lot more times per hour than usual.”
Another issue was the location of the gas coolers, which couldn’t be left outside in the wind and snow. “It’s very exposed in Svalbard,” says Corneliussen. “We do a lot of projects there and it’s always the same problem. You have to place the gas cooler either beneath the building or inside.” In this case, the cooler was sited in a brand new service building constructed close to the main Vault entrance.

Since its refurbishment, the Vault has continued to receive seed samples from countries around the globe. The future of the world’s most important room now seems assured.