In 1981, Theo and Lisette Breg departed from the Netherlands, the land of their birth, to begin a new life in Brazil. Like many Dutch immigrants before them, they settled in Holambra in the south of the country, a city known, like their homeland, for its production of flowers. After a few years of hard work and determination, they set up their own company, Sitio Kolibri, growing ornamental plants, and before long they decided to specialise in the production of Phalaenopsis orchids, better known as moth orchids.
Today, the company employs 75 people and produces an average of 30,000 orchids a week in its 4.2 hectares of greenhouses. These include special blue orchids, which are created by infusing blue ink into white flowers using a special technique developed in the Netherlands. Kolibri is now managed by the Bregs’ daughters, Gabriela and Regina, who as well as overseeing a major expansion, with increased production and the construction of new greenhouses, have also introduced cutting-edge technology and new management techniques at the company. As Gabriela says, “The intention is always to improve the current structure we have, to always improve the quality of the product and to modernise the company as much as possible.” 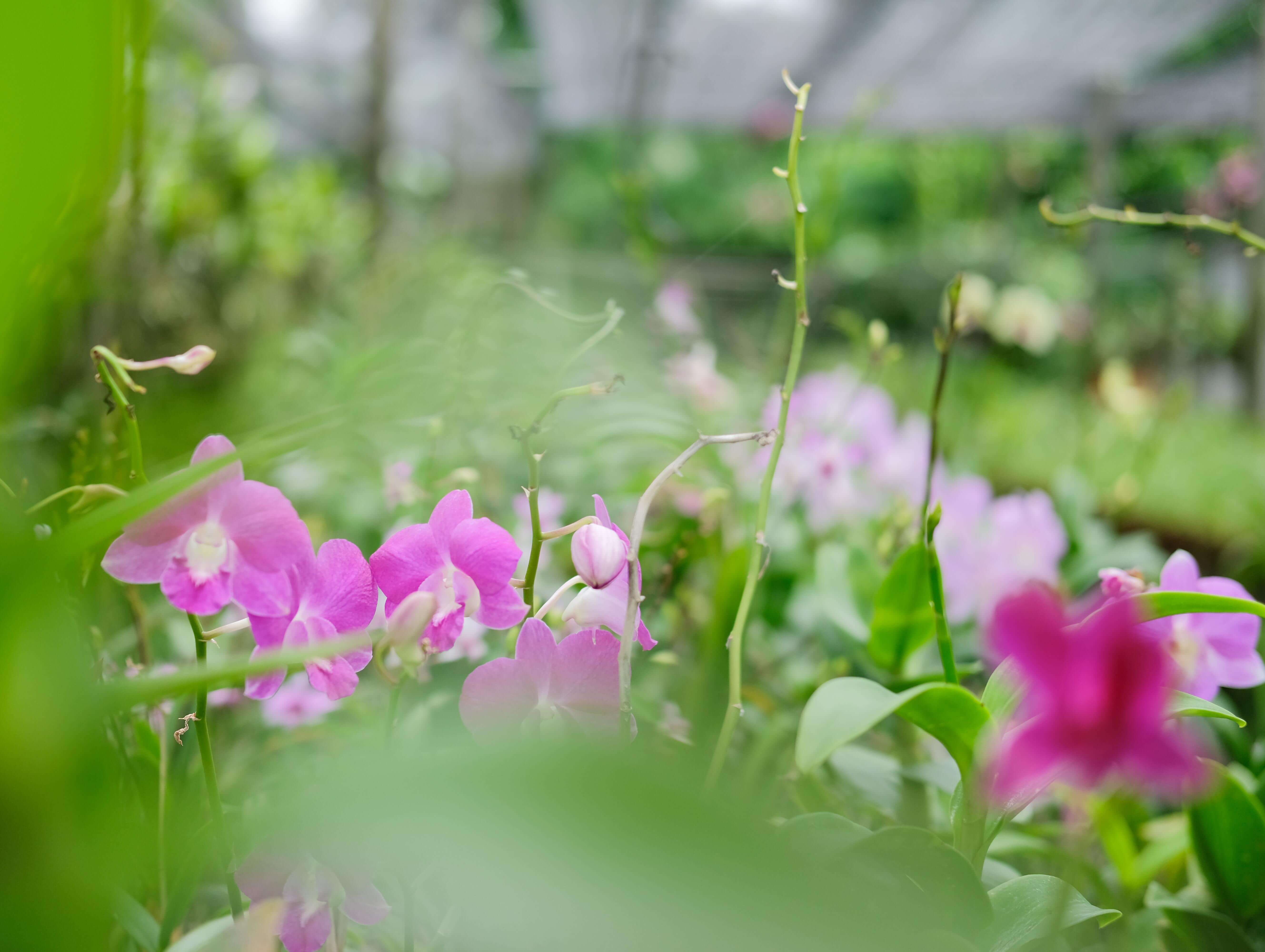 An important part of the pair’s vision for Kolibri is a stronger focus on sustainability. “In the last few years we have grown our values in terms of social responsibility and environmental awareness,” says Regina. “We felt it was time to change.” A raft of environmentally friendly practices have been put into operation. Kolibri uses only rainwater for irrigation, restricts pest control to biological interventions, and powers its boilers with reforested wood.

In 2017, as part of its process of modernisation, the company decided to replace the air conditioning system used for keeping the plants cool and chose to install a new system using Güntner evaporators. These would take up less space in the greenhouse and, most importantly, would be more energy-efficient than the previous system, as well as requiring less maintenance.

The successful cultivation of orchids depends on a number of factors for successful, healthy growth, including optimum temperature and ventilation. In the first growing phase, the plants spend 35 weeks in a hot, humid greenhouse with a temperature of 28C. They are then moved to an air-conditioned greenhouse with a temperature of between 16C and 18C. This is where Güntner’s products would play an important role, but the project was not straightforward.

“The challenge was to avoid strong air flow directly onto the orchids. That can cause dehydration and ultimately impair the growth of the plants. It’s also important that the temperature doesn’t drop below 16C, as this can delay flowering.”

“The challenge was to avoid strong air flow directly onto the orchids,” says Debora Faili, Güntner’s Commercial Refrigeration Manager in Brazil. “That can cause dehydration and ultimately impair the growth of the plants. It’s also important that the temperature doesn’t drop below 16C, as this can delay flowering. The client decided to use evaporators after a trip to Europe, where they saw them being used by local orchid producers.”

Kolibri installed interconnected ducts high in the ceiling of the greenhouse to distribute the cooled air evenly and decrease the airflow onto the plants. Twenty Güntner Cubic COMPACT air cooler units were installed, together with Güntner streamers, which helped to increase the reach of the airflow in the ducts.
The new system began operating in March, 2018 and swiftly proved its worth. “The machines are compact and have excellent performance when it comes to thermal exchange,” says Mattheus Pizzinatto Yeda, a Managing Partner at the company.

“We have an electrical energy saving of ten per cent, and we’ve also found that we can reach the desired temperature faster than with the previous system. The benefits all came very quickly.”