When it comes to clean energy, Brazil is a world leader. More than 80 per cent of the country’s electricity comes from renewable sources – mainly hydropower, although the government is also investing in biomass, wind and solar solutions. The country’s per capita greenhouse gas emissions are on a downward trend, and the continuing generation of renewable energy will be an important component of Brazil’s commitment to cut carbon emissions by half by 2030. 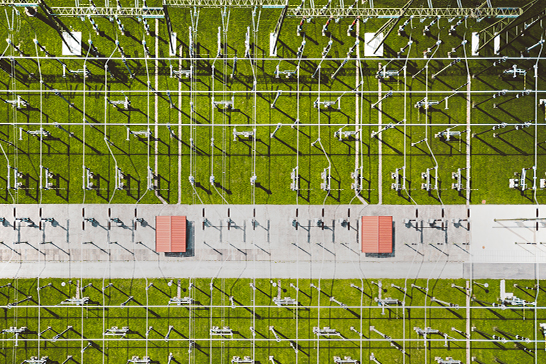 However, generating clean power is only half the story. Getting that power to the country’s 50 million customers is the other half, and this involves a complex transmission and distribution network. Brazil’s National Interconnected System is made up of more than 140,000 km of power lines that transmit electricity across the whole country, allowing extra power to be directed to areas that may be experiencing low supply.

Once the power gets closer to the end user, it enters a local distribution system, and at this point the voltage needs to be reduced so that electricity can be delivered safely and efficiently along overhead or underground power lines to customers. A crucial piece of equipment inside these substations is a regulating device called synchronous compensator, which is responsible for guaranteeing the stability of the network and mitigating the impact of sudden crises such as a lightning strike to an overhead line. The compensator is essentially a large electric motor that isn’t connected to any driving equipment. As it spins, it gets hot, and like any motor it requires an efficient cooling system – which is where Güntner comes in.

In the past, compensators were designed to operate with cooling towers, but as Thainã Garcia explains, they have unacceptably high levels of water consumption, noise, and maintenance cost due to harmful chemical water treatment.

“WE HAD A SERIES OF MEETINGS WITH ONE OF THE MAJOR PLAYERS IN THE BRAZILIAN POWER INDUSTRY, AND WE CONVINCED THEIR ENGINEERS THERE WAS A MORE SUSTAINABLE WAY GOING FORWARD. A SYNCHRONOUS COMPENSATOR IS A VERY COMPLEX MACHINE, AND IT WAS A BIG DECISION TO MAKE CHANGES TO ITS DESIGN, SO IT HAD TO BE REALLY WORTH IT FOR THEM.”

Güntner’s answer was to optimise the cooling system using its V-shape COMPACT and V-shape VARIO Dry Coolers. These not only meet the stringent standards of legislation in the market but are also considerably more environmentally friendly than previous cooling systems: because dry coolers are a closed circuit, there is no loss of water through evaporation and no harmful chemical water treatment is needed. In addition, cost of maintenance was reduced. “Previous cooling systems used open circuit cooling towers, which had to be constantly maintained, and the heat exchangers took longer to clean,” says Garcia.

But that wasn’t the end of the challenge. “In order to complete the cooling circuit, water pumping skids were necessary, to ensure the recirculation of the fluid and the correct supply to the coils installed in the synchronous compensator,” says Garcia. “The Güntner Coil which operates inside the compensator, needs to be perfectly dimensioned so it doesn’t interfere with the machine's operation, while making sure it doesn’t overheat.”

Eleven substations in Brazil are already using Güntner’s innovative cooling system, which means that 15 million Brazilians are benefitting from a complex engineering solution that’s as eco-friendly as the source of their power. And it also means that Güntner plays a role in the functioning of a vital part of the national power grid.

“PROJECTS INVOLVING SUBSTATIONS ARE ALWAYS A CHALLENGE, BECAUSE THERE’S A LOT OF COMPLEX EQUIPMENT NEEDED TO MAKE THEM FUNCTION EFFICIENTLY. GÜNTNER SOLVED ONE OF THE BIGGEST PROBLEMS AROUND THE SYNCHRONOUS COMPENSATORS, WHICH WAS WATER CONSUMPTION AND MAINTENANCE. AS FAR AS WE’RE CONCERNED, THAT’S THE WAY FORWARD FROM NOW ON.”