Crisscrossed by rivers and canals and facing out onto a sweeping bay, the city of Osaka has long been known as Japan’s ‘Water Capital’. This is good news for tourists, who can cruise its waterways and observe its many attractions. But it’s less good news for operators of outdoor machinery. The local area has a humid subtropical climate with frequent rain, and salt water can be carried on the wind from the neighbouring Pacific Ocean. That means corrosion is a constant threat. This was on the mind of Tomohiro Satake, Sales Manager at Güntner in Japan, when he contemplated a new project in the city. Benirei Logistics, a logistics company, had made the decision to retrofit its cold storage warehouse in Osaka South Seaport, where it stored various chilled and frozen foods, and its cooling system would sit on the roof, exposed to the elements, with little between them and the nearby bay.

But corrosion wasn’t the only issue – for Benirei, there was also the environment to consider. Like many refrigeration systems in the Japanese market, the warehouse’s old cooling system, which had been running for 40 years, used potentially harmful R22 refrigerant. Now, Benirei had decided to adopt a solution using a cleaner, more environmentally friendly natural refrigerant, and had opted for Panasonic’s 80 HP transcritical CO₂ compressor rack. And when choosing a gas cooler for the rack, Panasonic had settled on Güntner’s V-Shape COMPACT Gas Cooler equipped with hydroBLU™ and EC fans.

“WE CHOSE GÜNTNER BECAUSE OF THEIR QUALITY PRODUCTS, TRUSTWORTHY SERVICE AND EXTENSIVE TRACK RECORD OF DELIVERING CO₂ COOLERS GLOBALLY.” 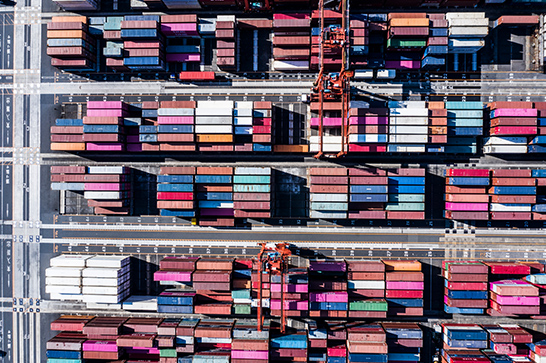 “We chose Güntner because of their quality cooling systems, trustworthy service and extensive track record of delivering CO₂ coolers globally,” says the Project Manager at Panasonic. Güntner provided 14 gas coolers; the V-Shape COMPACT Gas Cooler´s outstanding performance in saving energy and shrinking installation footprint had already been demonstrated in other markets, and those benefits are considerable, according to Patrik Raich, Technical Manager at Güntner. “We’re confident that our gas coolers will add more value to the whole CO₂ refrigeration system of Panasonic, especially in terms of energy efficiency,” he says. “Our adiabatic cooling system hydroBLU™ precools the inlet air and thus saves more energy by lowering the condensing temperature. During hot seasons especially, this can have immense energy saving potential. And when installation space is at a premium, this solution is the best choice as it requires a smaller footprint.”

Which brings us back to the roof of Benirei’s Osaka cold storage warehouse. Given the local climate conditions, of extreme hot and humidity, Raich realized that the gas coolers would need outstanding anti-corrosion performance. Güntner was specified the high corrosion resistance by Panasonic. To meet the high specification, KTL coated heat exchangers were proposed as solution, by Güntner’s expert team. The KTL process (electrophoretic dip coating) is widely used in the car industry and is significantly more environmentally friendly than many other anti-corrosion technologies."We can say 'Güntner is always a solution ahead'", says Satake.

PANASONIC SENIOR EXECUTIVE HIROYUKI TOMINAGA HAILED THE OSAKA PROJECT AS AN IMPORTANT LANDMARK IN JAPAN. “BY REALISING THE USE OF ENVIRONMENTALLY FRIENDLY NATURAL REFRIGERANTS IN THE FOOD SUPPLY CHAIN, WE WILL STRIVE TO ACHIEVE OUR MISSION OF CREATING A BETTER AND MORE ENJOYABLE LIFE FOR PEOPLE,” HE SAID.